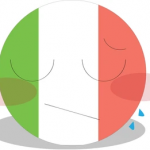 Should Europe be seriously worried about the latest developments in Italian politics or simply shrug its shoulders and tick off the forthcoming parliamentary elections as yet another convulsion of a chronically unstable system?

I have just received a nice envelop from the Italian Consulate in Paris with all the materials to vote to renew the Parliament – living in France, I vote for the representatives of Italian citizens abroad – and I am staring at the logos of the coalitions among which I am expected to choose. Like many Europeans I know/listen to/read about, I cannot avoid wondering: how did we manage to get to this point?

This, however, seems to be a sort of “mission impossible”. Italian politics is characterised by chronic instability due to a fragmented spectrum of political actors. For this reason, when the political groups are unable to achieve a solid majority in the Parliament, alliances play a strategic role. And the frequent changes in the political alliances inevitably breed government crises. Having two or more governments during a single legislature term (or shortened legislatures) happens often:  since 1948, we have had 28 legislature terms and more than 60 governments.

The last four years are a good illustration of this: elections took place in March 2018, and since then we have had three different governments: the first government led by Giuseppe Conte from June 2018 to September 2019, the second Conte government from September 2019 to February 2021, and Mario Draghi’s government from February 2021 until now. When the political parties are unable to agree on a candidate, the President of the Republic does it for them: Draghi was chosen by President Sergio Mattarella. His government was qualified as a “high-profile” one, with regard to his widely known expertise, and as “national unity government” (“governo di unità nazionale”) because it had a broad, transpartisan support in the Parliament. It was in charge of dealing with the health, economic and social crises caused by the COVID-19 pandemic and, specifically, to manage the related EU relief and recovery fund. 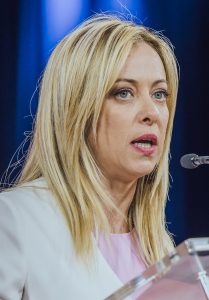 In the political post-Draghi landscape that we have today, we basically find the 5-Stars Movement, which after a surprising initial success has been declining over the last years, a fragmented variety of centre/left parties, and an amorphous coalition on the right. As a result, there are serious probabilities to have a government taken over by a coalition in which Silvio Berlusconi, 85 years old and with a significant record of scandals and judicial proceedings behind, goes as the moderate, “reasonable” partner. Indeed, the other two components of this coalition are Lega per Salvini Premier (previously called Lega Nord) led by Matteo Salvini, and Fratelli d’Italia led by Giorgia Meloni, both extreme right parties. In the 2018 election Lega Nord was at 17,4%, while Fratelli d’Italia obtained only 4,3% votes. In the meantime, there has been a major shift, and today the opinion polls show the Lega Nord around 12% and the Fratelli d’Italia around 25%.

Matteo Salvini hails from a party that is not new to incoherence: after having promoted for decades racist language and attitudes across the northern regions towards people from the south of Italy who moved north looking for a job and better life conditions, the Lega enlarged its electoral base by reorienting their hatred narrative towards foreigners in general. Salvini himself has been facing several proceedings, among which the trial for his decision in 2019, as minister of the interior, of not allowing a NGO’s rescue boat with 147 migrants and asylum seekers on board to dock in safe harbour, is still on-going. The Lega Nord and its members, while proposing themselves as a new force against the corrupt traditional parties, have been itself the object of a high number of legal proceedings for different affairs, mainly for corruption. Among them, one related to 49 million euros which remain to be reimbursed to the State.

Fratelli d’Italia undoubtedly took advantage of Salvini’s relative decline. Voters do not seem to be bothered by the intrinsic incoherence in an alliance between Lega Nord, which has invoked the separation of the rich Northern regions from the rest of Italy or at least promoted federalist ideas of empowering local authorities, with Fratelli d’Italia, who traditionally preached a strong centralised state. Maybe it’s to make such an alliance easier that they now include in the program the concept of fiscal federalism.

In their official programme, Fratelli d’Italia avoided to be too straightforward on certain sensitive topics, which hints at a strategy of “normalisation”, similar to Marine Le Pen’s Rassemblement national in France. In the heat of the election campaign, they did, however, make public statements to the media that opened the door to many concerns about their extreme right orientation, for example concerning abortion rights. In the programme, they highlight the central role of families – traditional ones. They announce the maintaining of civil unions, but they also confirm their stance against adoptions by homosexual couples.

Security and immigration are of course high on their agenda. Their foreign policy is founded on the protection of the national interest and homeland defence, and they invoke the “defence of the classical and Judeo-Christian roots of Europe”. Their slogan “Defend Italy” already comes with the idea that an aggression is in place, so here we go with the opposition of “us” against “the others”, a well-known staple in the extreme right narrative. Last but not least, their symbol includes the green-white-red flame, historically used by the Italian Social Movement, a neo-fascist party.

To my European friends and fellow citizens who wonder whether to worry or simply shrug their shoulders, my reply is “yes, definitely, we should all be worried”. What is happening in Italy is not good news for Europe. In the past already, Giorgia Meloni proposed to remove any reference to the European Union from the Italian Constitution. And today Fratelli d’Italia is close to Viktor Orbán’s positions in many ways. Their victory may have heavy consequences for Italy and for Europe. And their coalition with Salvini’s movement will make them stronger. Until, of course, the next government crisis.

Which may come sooner than expected. Especially if they try to push through a constitutional reform included in their programme, which aims at moving from the parliamentary republic to a presidential regime with a strong executive power. It is not impossible we’re at a point where our chronic instability may actually protect us.

More articles from the blog

Like many French citizens, I vividly remember the 8 o’clock news on the evening of the 21st of April, 2002. Half an hour before, our son called us from Paris, somewhat disturbed by the exit poll rumours. When television confirmed the accession of Jean-Marie Le Pen to the second tour of the presidential election, we […]

The first and so far only international football match between France and Algeria took place twenty years ago, on 6 October 2001. The starting point had been the sustained euphoria around the multiethnic character of Les Bleus, the French national team, winners of the 1998 World Cup and 2000 European Championship, and their emblematic leader […]

French election campaigns are usually desperately navel-gazing. Foreign policy issues are all but absent from the debate. And even in ‘ordinary’ times, all mainstream evening news programmes consider international news a toxic audience killer. But the war in Ukraine has swept everything else in the background and changed the campaign dynamic. It has also put […]

There is no doubt that French politics have been ever strongly tilting to the right for months now. It’s not even exaggerated to claim that the political discourse is dominated, if not polluted, by far-right vocabulary and semantics. Want to study first-hand the mechanisms of the Overton window? This is the place. Paradoxically, at the […]

In France, the presidential election monopolises all the attention. Of candidates and non-candidates, activists and voters, media and pollsters, domestic and foreign observers. That’s understandable. The playbook is irresistible: rhetorically overblown visions of society collide in a dramaturgy replete with plot twists and cliffhangers, the absence of any post-election compromise allows for a merciless showdown, […]

What is going on in Italy? | France 2022: That elusive cohesion | France 2022: Back on the couch | 50 years on, little hope for a new ping pong diplomacy | 25 years later, the multifaceted legacy of the Bosman ruling |
Avatars by Sterling Adventures