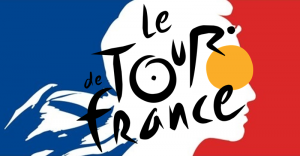 Before the next Tour de France starts on the 1st of July from the banks of the Rhine, the entire country will embark on a seven-month election marathon, beginning with three primaries, one of which (the Greens’) is already half-way through, with ‘the Right and the Centre’ to follow in November and the Socialists (or what’s left of them after five years in power) finishing by 29 January. These will kick off the all-pervasive campaign for the presidential election on 23 April and 7 May, which in turn will be followed by the legislative elections on 11 and 18 June, all held in the traditional two-round voting system.

Over this period, a politically interested French citizen may thus direct his or her Sunday afternoon stroll at least eight times towards a polling station (nine if he or she’s among the 17,146 individuals registered for the Greens’ second round next Sunday). Chances are that he or she will be sucked up by the media tornado before the end of winter into a highly personalised campaign that will end up becoming frenzied in spring, especially between the two rounds of the presidential election. The catharsis of 7 May will in all likelihood be followed by a collective hangover and a feeling of utter disappointment and fatigue, reinforced further by the almost meaningless duty of voting in June.

Until then, the French citizens will have been reminded on an almost daily basis by politicians, media experts and the inevitable ‘declinists’ that the principles they thought their Republic firmly anchored on, are all severely threatened. ‘La liberté’ is under attack by the never-ending state of emergency apparently necessary to fight ‘the war’ against home-bread terrorists. ‘L’égalité’ is being torn to pieces alongside with a beloved ’social model’ that is perceived to be crumbling and an education system that reveals itself ever more incapable of respecting its own meritocratic promises of social mobility. Even ‘la fraternité’ is no longer what it used to be, with public services deserting rural areas, refugees being welcome in very small numbers and certainly not in my backyard, and the eternal identity debate setting up one ethnic or cultural community against another. Not to mention ‘la laïcité’, which has never been understood outside France and is now increasingly under siege at home.

The journey to next summer will be a hard one. In the state the country is currently in, this will be more than a typical election drama with its usual dose of hypocrisy, hyperbole, and hysteria. Rather, the next months will very painfully reveal the severity of the systemic crisis France finds itself it, probably the most important one since 1958. And, contrary to 1958, with no providential saviour in store and hardly any light at the end of the democratic tunnel.

If you consider France hopelessly ‘has-been’, in irremediable decline, and no longer of relevance to what happens on a European level, please simply ignore this blog. If you think that a dispirited, disheartened and depressed France is a problem for Europe (even without subscribing to the ‘Domino’ theory), you might be interested in following this blog’s musings about why France seems so irremediably stuck in a stagnation that increasingly feels like a ‘Groundhog Day’ treadmill.

Contemporary French political culture is the result a highly complex historical process. We teach our students the concept of ‘path-dependence’, but for the French case study we might as well invent the neologism of ‘path-imprisonment’.

This blog is a modest attempt to accompany the country’s journey over the next seven months with a regular series of comments and reflexions on how France found itself imprisoned, how imprisonment is denied (and sometimes almost celebrated against better evidence), how key individuals position themselves with regard to the system, and what the (more than slim) chances are something might actually change for the better in the next legislature.

It is possible that despite all efforts to uphold a minimum of academic objectivity, these election chronicles may be tainted with a tinge of sadness. Bon voyage, malgré tout.