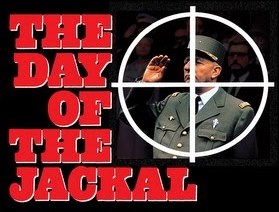 Remember The Day of the Jackal? This thrilling movie released in 1973 and featuring Edward Fox as enigmatic contract killer, is based on the failed attempt to assassinate Charles de Gaulle on 22 August 1962 by the paramilitary underground organisation OAS (‘Organisation de l’armée secrète’), composed by extreme right-wing activists who considered the Evian Treaty, signed in March 1962 in order to pave the way to Algerian independence, an act of high treason.

The fanatics who machine-gunned de Gaulle’s legendary Citroën DS fortunately missed the General. But they seriously injured the young Fifth Republic, profoundly handicapping her for life. What they did was provide de Gaulle with an unexpected, most welcome opportunity to modify the constitution under the pretext of ‘protecting’ the country. (Any resemblance with current Turkish presidents purely coincidental).

And he seized it quickly, because he felt that the conditions under which the Fifth Republic had been tailor-made to his personality in the first place – the need to put an end to the Algerian crisis – were no longer provided. 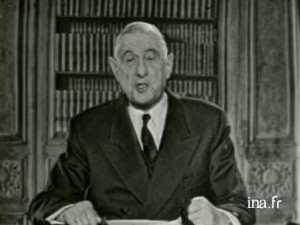 Only one week after the incident he announced a constitutional revision in his Council of ministers and notified public opinion in a press release that he was actively ‘preparing to take the necessary initiatives’ in order to ‘ensure, under all circumstances and without losing any time, the continuity of the State’. And on 12 September – just returned, by the way, from a triumphal visit to Germany where he laid the foundations of the path-breaking Elysée Treaty signed a few months later – he registered a television address that was broadcast on 20 September, informing the French population that it was time to ‘protect the country from crises and partisan ploys’, reminding them that ‘all this pain, the tears and the blood’, had created an ‘exceptional bond’ between the French people and himself, and that, for the sake of those who would one day have the heavy task to succeed him, he would submit the election of the president ‘by direct universal suffrage’ in a forthcoming referendum.

De Gaulle thus managed to push a constitutional reform that was anti-constitutional in itself! As the vast majority of observers and even the Conseil d’Etat pointed out, constitutional changes had to be decided and discussed in both chambers of the parliament, a provision de Gaulle simply dismissed (any resemblance with current British prime ministers purely coincidental). The Assemblée nationale did what it had to do: it adopted a vote of no confidence, obtained a large majority for it on 5 October and … as a result, was dissolved right away by de Gaulle (one of the convenient prerogatives of the French president), with new legislative elections announced for after the referendum.

If one is to believe Alain Peyrefitte in his book C’était de Gaulle (Vol. 1, Paris: Fallois-Fayard, 1994), the President was fully aware of the implications, telling his young secretary of state ‘What we are going to do is at the limits of legality. I even believe we crossed the line. (…) If we win, we will be able to say it’s legal because the people wants it.’

‘YES, it’s YOU who will elect the President of the Republic’

On 28 October 62.25% of the French electorate approved the new electoral process. The referendum was promptly ratified by the Conseil constitutionnel which showed a total absence of democratic backbone at this historical occasion.

What an incredible manipulation of constitutional provisions and public opinion! And what a massive vote of defiance against the ‘establishment’, which had been against it in closed ranks: all major politicians, trade unions, media, intellectuals and academics had warned against it – to no effect whatsoever. Is it exaggerated to say that in 1944 de Gaulle had promised the French he would make their country ‘great again’, and in 1962 he more or less told them ‘I am your voice!’ (Any resemblance with…).

Given his historical achievements, one can only have the greatest respect for Charles de Gaulle. His courage and determination, his moral and political legitimacy are undeniable. But that does not change the fact that, very clearly, the high art of demagogy is not reserved to shabby opportunists and ruthless cynics. There are moments when it finds a masterly application in the hands of uncontested heroes and great statesmen.

In de Gaulle’s case, the move was motivated mainly by his profound distrust of parliamentary democracy, with its litany of partisan spirit, unsatisfying compromise, tedious negotiations and fragile coalitions. In 1946 already, in his famous speech in Bayeux, he insisted on the need for ‘national arbitration above the political contingencies’ and made it clear that ‘it is from the Head of State, placed above the parties, that the executive power must proceed.’ In 1962, he got his will.

De Gaulle’s manoeuvre did not actually change the scope of power of the French President. It did not have any major immediate impact either – de Gaulle was of course re-elected in 1965 – and it may even be argued that the direct universal suffrage indirectly paved the way for political changeover in 1981: would there ever have been a Socialist in the Elysée if the President had always been chosen by the electoral college like in 1958?

But the long-term heritage for French politics is devastating: more than half a century later the poor Fifth Republic is more than ever held in the firm grip of de Gaulle’s plot of 1962. The presidential election has become a self-locking, seemingly unbreakable padlock for French democracy (and someone seems to have thrown away the key). Several posts of this blog will deal with the concrete consequences of de Gaulle’s historical constitutional ‘rape’, as former French premier Paul Reynaud famously commented at the time. 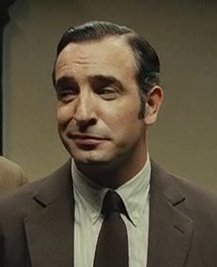 Fortunately the French are able to laugh about the padlock themselves. In the hilarious spy movie parody OSS 117: Lost in Rio, Jean Dujardin as secret agent Hubert Bonisseur de la Bath, on mission in Rio de Janeiro in 1967, refuses to consider Brazil a dictatorship, despite the arguments of his young colleague from the Mossad. And when she objects, asking: ‘But what do you call a country which has as head of state a former military with full powers, a secret police, one single television channel, and where all information is controlled by the State?’, he pauses for a moment and declares solemnly: ‘I call this la France, Mademoiselle. And not just any kind of France. The France of the General de Gaulle.’

Today France has more TV channels than it needs and information is certainly no longer under control. But the electoral padlock is still shut.