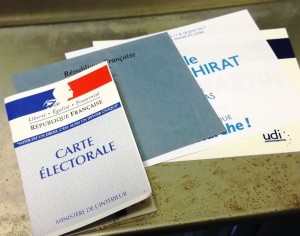 18 June: finally, the last visit to the polling station.

Ever since I started to talk to the French about their political system and listened to their perceptions of what was going wrong in the Fifth Republic – a little more than three decades now – I had this impression, unbacked by any robust statistical evidence, of a quite large majority at the centre of the political spectrum that found no adequate representation in the institutions.

Of course, I also bumped into people from the extremes: heavily leftist teachers for whom communism had never been discredited and who explained to me that the GDR was the better Germany; or football fans who esteemed that the ‘Black-Blanc-Beur’ World Champions of 1998 were ‘not really French’.

But there also was this longing, shared across a wide range of middle-class people of different sensitivities and levels of education, for a national assembly, in which ‘common sense’ and ‘collective purpose’ would overcome an entrenched left-right divide that was felt to be overblown by both artificial rhetoric tradition and the electoral system. The one single most-hated feature of political life, beyond the ritual disgust with the priviledges and the famous disconnectedness of the political elite, was ‘systematic opposition’, leading to fake indignation at each and every measure of the government and obstructionism by principle. If only the ‘reasonable’ people of the left and right could get their act together and form a coalition of those willing to serve the nation rather than their own career! Alas, French political culture would never allow for a compromise-seeking ‘grosse Koalition’ of German inspiration.

And then, the miracle happened.

Last Sunday’s 2nd round of the legislative elections has virtually flooded the French Parliament with ‘reasonable’, ‘common sense’ people, eager to follow Emmanuel Macron in his historical demolition of the sterile rhetoric postures and ready to introduce a new manner of bridging existing ideological divides for the sake of the common interest of all.  If this is a minority, as Mélenchon and Le Pen were quick to assert – both because of the high abstention rate and their respective claim to be the only true representative of ‘the people’ – it’s a very impressive one. In its diversity of profiles, it’s a ‘très grande coalition’ in its own right. They might as well spell it with a ‘K’.

And it is a first step on the way to fulfil the presidential promise of achieving a ‘renewal in faces and practices’ that was so often repeated over these long campaigns. Two thirds of the 577 faces in the Parliament are totally new, at the same time pushing the feminisation of the Assemblée to an unprecedented level of 38%.

As for the ‘new practices’,we will have to wait and see. For the time being, the government seems decided to practice what they preach: within a few days only no less than four ministers of Edouard Philippe’s first cabinet have been nudged out for affairs that smelt too much of these ‘old habits’ that citizens are simply no longer willing to tolerate.

At the moment of writing, the astonishing coherence between what is clearly turning into a ‘strong and stable leadership’ in the best sense of the word and the endearing enthusiasm of these fresh French politicians of a totally new type is nurturing a kind of hope and confidence that seemed totally out of reach in the kingdom of ‘declinism’. How long will it last? Not everybody is in love with Macronia: opposition, both in the streets and at the edges of the Assemblée’s hemicycle, is likely to be loud, virulent, and nasty. The forthcoming battle for labour law reform will see a fair share of fear-mongering and class-struggle, which may make the Russian hacker attack of April seem like the ‘good old days’. 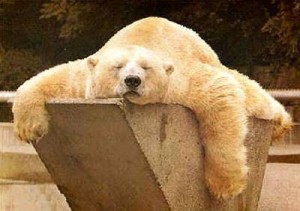 So let’s enjoy the moment while it lasts. We, the people, are too exhausted anyway by this long and incredibly tense election marathon. Being a citizen is a rather hard job in this country. If it was only about walking to the polling station on four election Sundays (plus several primaries)! All these endless TV debates you have to watch, all the articles and interviews you have to digest. All the nerve-wracking cliffhangers, twists and rebounds of this fascinating drama – it’s just too much. Whatever bad losers may be tempted to say, the record low turnout of 45% last Sunday, compared with the very high interest for politics that was sustained over all these months, is simply due to election fatigue. Especially as the first round had provided the certitude that the die was cast, the majority for Macron was sure, and the citizenship job had been done to the satisfaction of her Majesty the Fifth Republic. 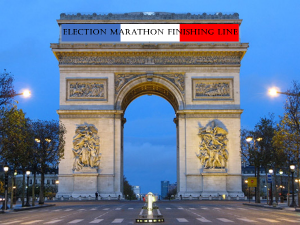 So where does that leave us at the end of the 25th and last post of this blog’s election marathon? More puzzled than ever about the Fifth Republic. The past months has confirmed every grudge I held against her. The hyper-personalisation of the presidential regime is not good for French democracy. The constitution remains both contradictory and vague in parts. The sequence of the different elections is far from ideal. The electoral system is not fair.

But without all these flaws and shortcomings, would the encouraging outcome of the marathon have been possible at all? In the very first post of the series, dated 1st November 2016, I prepared for a rather sad journey, ‘with no providential saviour in store and hardly any light at the end of the democratic tunnel’.

Ever since I have been living in this country, I was never more pleased to have been told wrong in such a flagrant manner.

This is the last post of the French 2017 election marathon.
All twenty-five posts can be found here.
This blog should be back after the summer break,
enlarging the perspective again to European integration issues.
Thanks for having accompanied me on the journey!