On 22 January 2023, France and Germany celebrate the 60th anniversary of the Elysée Treaty, rightly praised as a milestone in Europe’s post-war history. But the Treaty only institutionalised on governmental level a process towards reconciliation that civil society had already initiated without waiting for politics. This is the first post of a series of four personal musings about a remarkable achievement. 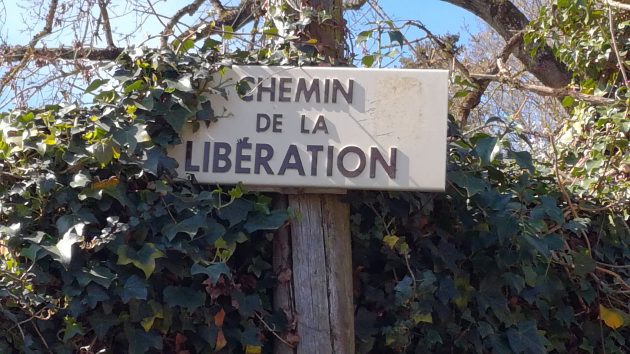 When I take a run around where I live, I have quite a few nice options. I can follow the little ‘Chemin de la Libération’ down to the bridge across the river Maine, just before it flows into the Loire. The bridge, quite coherently, is called ‘Pont de la Libération’. For anyone who might ask ‘liberation from what?’, several memorial plaques and monuments refresh the memory, recalling how resistance fighter Louis Bordier guided General Patton’s troops in August 1944 towards the liberation of the city of Angers, and how 108 American soldiers lost their lives in this assault.

But I can also opt for a 6 mile-loop around the lovely Saint Nicolas Lake close to ESSCA’s main campus. Which will require me to cross Avenue Patton, passing the historical milestone of ‘Liberty Road’, and the Beaussier quarter, where everything, from the main Boulevard and the brand new tram station to the brasserie, the health centre and the supermarket, is named after Victor Beaussier, executed by the Nazis in October 1942 at the age of 31, for having distributed resistance pamphlets and sabotaged vehicles and telephone lines. 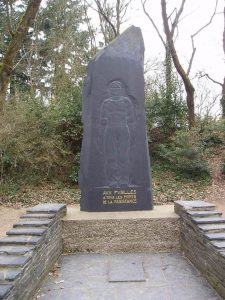 And following the lakeshore, I will necessarily pass by the ‘Monument aux Fusillés’, commemorating the shooting of a total of 46 resistance fighters between 1942 and 1946.

I could go on like this for quite some time, mentioning the postal address of the Angers City Hall on ‘Boulevard de la Résistance et de la Déportation’, or the plaque at Angers train station, reminding me, whenever I pick up a visitor, that 824 Jewish men, women and children left for Auschwitz from here on 20 July 1942.

For anyone living in a French town, it is impossible to escape the presence of memory in everyday life. And for someone whose father occupied a French town in 1940 in a uniform he had been forced into right after leaving school, the fact that the French managed to hold out a hand to the Germans in the immediate post-war years remains a mystery.

How did you do it?

How did you do it? How did you live with all the cemeteries the Germans left on your soil and still overcome the grief and resentment? How did you reach a mindset in which, without forgetting the unforgettable and without needing to forgive the unforgivable, you were ready to give the permission to civil society actors and political entrepreneurs to imagine a common future in a different Europe? How did you collectively decide it was time to break a seemingly unbreakable vicious circle?

Were you simply exhausted, so tired of repetitive war, mutual hatred, and mandatory revanchism that the old patterns of thinking simply did not make sense anymore?

Was your perception of the Germans mitigated by your own bad conscience for having collaborated with the occupier across vast swathes of the population, and for having felt how vulnerable to fascism you had been yourself?

Or were you just lucky to have the right people in charge? Lucky to have not only Charles de Gaulle, who rather than cultivating cheap Germanophobia gave priority to saving your honour and to rebuilding a destroyed country before slamming the door, disgusted with the nitty gritty politics of post-war recovery. But lucky also to have the lesser known caretakers of the Fourth Republic, who were considerably more efficient than their commonplace reputation of ‘governmental instability’ suggests.

It’s true you had some visionary intellectuals, like Joseph Rovan, who in October 1945, only a few months after having been liberated from the Dachau concentration camp, wrote a courageous article in the influential monthly Esprit, in which he explained why in the short and medium term, France would have ‘The Germany We Deserve’.

You had some good friends abroad, like Winston Churchill, who famously declared, in his Zurich speech in September 1946, ‘a partnership between France and Germany’ a prerequisite for a future of the ‘European family’. In 1946! Or George Marshall, whose recovery plan was to be implemented by the newly created Organisation for European Economic Co-operation obliged you as of 1948 to sit at the same table as the West Germans, who did not even have their Republic yet.

And you had some pretty pragmatist promotors of peace like Robert Schuman and Jean Monnet. For the latter, the question of how to build trust between the French and German despite an emotionally polluted past, was a central guiding line for political action, as shown throughout Klaus Schwabe’s biography of 2016, the first one in German. The Monnet memorandum dated 3 May 1950 states the need to ‘undertake a dynamic action which will transform the German situation and lift up German spirits’. That’s how you speak about an ally, not an enemy. And the Schuman Declaration, six days later, announces that ‘France accomplishes the first decisive act of building Europe, in association with Germany’.

When Schuman and Monnet held out their hand to Germany, less than six years had gone by since the liberation of the little bridge a few steps from where I live now. If this is not a historical achievement, what is?

Would it have been possible if the public mood had remained grief-stricken, bitter, resentful? I doubt it. Of course, there was no outright, massive enthusiasm about new ties with Germany. But there was a kind of tacit willingness to be taken along by the voices mentioned above. Unlike the chronology proposed by Churchill – reconciliation first, as building block for a future Europe – research suggests that French-German rapprochement and the first steps towards European integration took each other along. May 1950 appears almost like a tipping point in terms of engagement, a can opener for civil society actors only waiting for a ‘bold act’, to quote Schuman again.

The following two posts will try to explore this post-war turn further in two different case studies: first, the history of the German war cemetery in La Cambe, located on the D-Day beaches in Normandy. Then, the birth of the town twinnings, thanks to the courage of a handful of mayors.