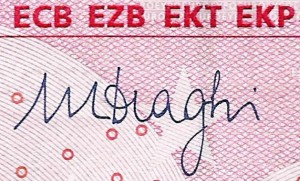 More than three years after the EU leaders agreed to establish a banking union for the Eurozone and Mario Draghi announced that he was ready to do ‘whatever it takes’ to save the euro, it is time to take stock of what has been achieved so far in making the European Monetary Union (EMU) a more stable construct. The verdict is: quite a lot, but certainly not enough. In many ways, the Europeans, and especially the Eurozoners, are masters in underselling what they have done, and overselling what they intend to do. This creates a lot of disappointment and frustration.

In three years, the Europeans have been able to agree on a single rulebook for financial services and the Eurozoners on a single supervisor mechanism (SSM) for the biggest 125 banks in EMU. The latter development is significant for its speed and depth. Giving up the sovereign power of supervising the national banks so as to create a more cohesive financial market had been proposed for a long time, but there was always fierce resistance from the capitals. Eventually, the intensity of the Eurozone crisis made national leaders understand that a monetary union without a financial and banking union would not work.

Nevertheless, the problem is that a banking union without a fiscal union and political union will not work either (everyone in Europe and beyond knows that), but on that front very little has been achieved.

Alas, while Draghi has saved the euro, he has killed at the same time the incentives to undertake the governance reforms that are needed to make EMU sustainable. I always thought that the ECB strategy of acting only when the political leaders had agreed to relinquish more sovereignty to the centre was the correct one. But with Qualitative Easing (QE) this sequencing has stopped. Those that desperately asked for QE FED-style in Europe between 2010 and 2012 should reflect on this. 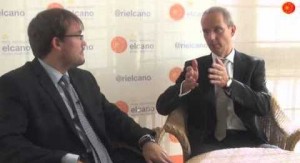 In the past few weeks I had the chance to talk to a number of high-ranked policymakers and advisors from the European Council, the European Commission, the ECB, Italy, France and Germany, among them Schäuble’s man for the Euro, Thomas Westphal, who visited the Elcano Royal Institute. Regrettably after these conversations my conclusion is that we need another crisis to move things forward. Everyone agrees that we have only a half-baked banking union. Yes, the Eurozone leaders agreed on a Single Resolution Mechanism (SRM) with a Single Resolution Board (SRB) but it is very doubtful that the SRM will work without a single fiscal backstop. History tells us that when there is a systemic banking crisis only the full and unlimited force of the taxpayer can stabilize the system.

Hence, the new bail-in regime – which demands haircuts for shareholders, and junior and senior bondholders up to 8% of the capital of the bank before any taxpayers money is used – will only work for the smaller banks, but not if Société Générale, Deutsche Bank or Santander (and certainly not if all three together) are in trouble.

By the end of this year Eurozone leaders will agree on how to finance the Single Resolution Fund (SRF) from 2016 until 2022, the transitory period given to reach the very limited final 55bn euros that the fund will have. It appears that the SRF will be very small for the size of the European banking system and that it will not be mutualized – and therefore consist of separate national credit lines based on national pockets which will be filled by levies on national banks – until there is a treaty change. To add insult to injury the discussion on this treaty change will only start in 2017 after the Brexit referendum and the elections in France and Germany. In other words, do not hold your breath on the future reforms of the Eurozone. We will have the present (and faulty) version for some time.

Draghi’s morphine has eliminated the urgency. From a German point of view, before we start talking about what needs to be done next it is important to consolidate what has been agreed. The first step is to make sure all countries transpose the EU Bank Resolution and Recovery Directive (BRRD). Three years on not even this has been achieved! When it comes to the mutualisation of fiscal resources, Berlin believes that right now asking for more money to the German taxpayer is a bad idea. It proposes to use more effectively the EU budget as a financial carrot in exchange for structural reforms.

France, on the other hand, appears to have experienced a shock after the Grexit drama over the summer. Its economics minister, Emmanuel Macron has started to call for a Eurozone budget and a Eurozone parliament, but so far, in the usual French way, this new line from Paris has been mostly talk without much substance. French sedation on the future of the Eurozone continues, and Draghi’s QE medicine has only reinforced it.

Finally, Italy has regained some vigour with Renzi but the Italian approach goes like this: ‘If the French are not willing to give up their fiscal sovereignty to the centre, why should we?’ Which means that Rome will continue to do whatever it believes is in its national interest no matter what Brussels and Berlin have to say. This leaves Spain as the only big country in the Eurozone that is openly in favour of pooling fiscal sovereignty.

This is certainly not enough. Sadly, the most probable outcome is that only the next crisis will accelerate the much-needed Eurozone integration process. We might have to wait some time, though, since Draghi’s morphine is not about to run out.

This post was simultaneously published on the website of the Royal Elcano Institute.
You can also find there a short video of the interview with Thomas Westphal.