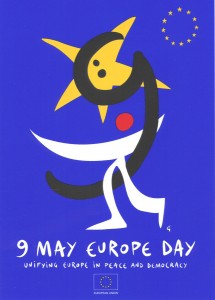 Today, May 9th, is Europe Day. Each year it is the day we celebrate peace and unity in Europe.

I believe that, on such an occasion, it is worth reminding ourselves of the European Union’s motto, United in Diversity. Diversity is one of the foundations and core values of universities. They share these core values with Europe, and its desire to make diversity work.

May 9th marks the anniversary of Robert Schuman’s historical declaration, which he wrote with Jean Monnet. His speech paved the way towards the European Coal and Steel Community. Seen from 2016, putting the production of coal and steel of six countries under the aegis of a supranational organisation does not sound very exciting. But in 1950 this was revolutionary. De facto, another war between France and Germany was made impossible.

Today, six decades after the inception of European construction, the European project, in spite of its shortcomings, remains the most advanced example of an economic community of countries and is regarded as a model in many parts of the world involved themselves in a process of regional integration. It is also envied all around the Globe by people striving for peace and democracy. Admittedly it is a ‘work in progress’ with numerous imperfections, but this is the best shelter that Europeans have, at a time when the multiplication of external and internal threats seems overwhelming. There is a serious risk that the European motto United in Diversity becomes Disunited in Adversity… Who, in the UK, would have grounds to rejoice if, on 23 June, the UK opted for a Brexit? A viscerally anti-European media mogul controlling most of the British press. A few sorcerers’ apprentices gambling on their country’s future to gain a political advantage. Unscrupulous populists. And Russia’s Putin, who subsidises extremist parties across Europe to exacerbate its divisions and weaken the EU.

If, however, the UK opted to remain a member of the European Union, this choice would send a clear message to all the populists and new extreme-right parties across Europe, from France to Poland, from Germany to Sweden, from Hungary to the Netherlands, from Austria to Belgium: that despite disappointment about the way the Union works, and despite the UK’s relentlessly Europhobic press, even in the most Eurosceptic member state of the Union, there is no majority to abandon the acquis of the last six decades, which has become a matter of course for two generations.

But for today, let me wish you all a Happy Europe Day!