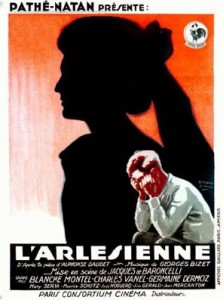 Ever heard of ‘L’Arlésienne’, a short story written by French novelist Alphonse Daudet in 1869 and included in his famous ‘Letters from my Windmill’? The title refers to a lady from the city of Arles, who is central to the plot, but never appears on the stage. No one ever sees her, and yet everyone talks about her. Over the years, the term ‘l’Arlésienne’ has become a household expression for someone or something that everyone seems concerned about and talking about, but which is simply not there.

It seems to me that before Brexit eventually jumps on the stage (in 2019? 2020? later?), it will remain a genuine ‘Arlésienne’ for quite a while!

In the meantime, keen Brexiters will have gone through a learning process, realizing that the EU had more advantages than disadvantages for Britain, and that after all, being part of the EU as the least committed member state, negotiating all sorts of exemptions, blocking many decisions it disliked, offered both a comfortable position and a convenient shelter. At that stage it will however be too late to revert to these good old days of bottom line commitment.

Some form of ‘soft Brexit’ is likely to materialize in a few years’ time to keep loud-barking Brexiters quiet and the Remain camp not too disenchanted. But in the process, a lot of feathers, even teeth, will have been lost completely unnecessarily.

France 2022: That elusive cohesion | France 2022: Back on the couch | 50 years on, little hope for a new ping pong diplomacy | Striking | EU-China: the origin and future path of the new doctrine |