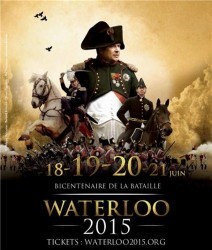 There’s of course nothing wrong with the commemoration of historical battles. Quite the contrary: each time I took students to the D-Day landing beaches in Normandy, they got a better idea of why European integration might actually be a good idea. And most of the four-year-long commemorative flow on World War I is produced, if not always in perfect taste, at least with mostly good intentions.

The bicentenary of Waterloo, however, seems to produce the kind of re-enactment and narrative that leaves a sour aftertaste. The very name of the battle is already too closely linked to the Napoleonic epic, and commemoration almost inevitably drifts into the realm of myth and legend. All over the 19th century literature, music, art and historiography have patiently and steadily built the Napoleonic myth of ‘the Great Man’ – whether despised as megalomaniac tyrant or glorified as hero – and it’s difficult to emancipate from this heavy cultural conditioning.

Waterloo has been the object of works by the most prominent novelists and poets of the 19th century. As early as 1815, some months only after the actual event, William Wordsworth, Clemens Brentano and Casimir Delavigne already had made it the topic of their poetry, Lord Byron followed one year later. In the 1830s and 1840s, Balzac, Stendhal, Grabbe, Chateaubriand, Thackeray and Victor Hugo also gave in to the morbid fascination of a battle that had left a minimum of 47,000 dead on a single day. 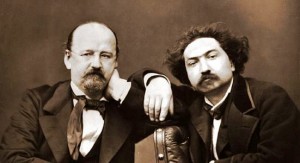 The best antidote to any temptation of nostalgic glorification of historical warfare, however, can be found in the very credible account of a fictitious French conscript named Joseph Bertha created by Emile Erckmann (1822–1899) and Alexandre Chatrian (1826–1890) from Alsace-Lorraine. Published in 1864 (and quickly sold in over 1.5 million copies to a mostly rural public), their Waterloo takes the form of a ‘flashback’, in which an old man recollects his memories, emotions and lessons from fifty years ago.

The anti-militarist and anti-nationalist attitudes expressed by the protagonist, who is drawn by force into a war he does neither understand not approve, are a remarkable counterpoint to the zeitgeist of a late 19th century rather characterised by jingoism and revanchism. And the utter realism of his account of battle – clearly based on extensive research by the authors – made even Emile Zola refer with admiration to the authors’ ‘extreme power of description’. 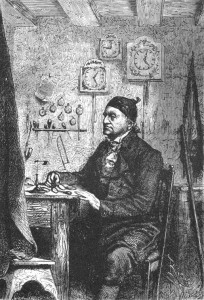 Joseph Bertha as old man. Illustration to the Erckmann-Chatrian novel by Riou (1833-1900).

What is particularly convincing in Joseph Bertha’s narration is the fact that he must admit that as young man he had not been insensitive to ideas of ‘grandeur’ et ‘gloire’, rather easily manipulated by demagogic nationalist brainwash, and even prone to a certain admiration for ‘L’Empereur’. Fifty years later, however, his judgement is unambiguous:

‘I know well that these things are called “glory”, but people would be well advised not to glorify individuals of this kind…’

Erckmann’s and Chatrian’s seemingly ‘naïve’ novel of 1864 is a more than interesting companion through the commemorative frenzy of 2015. It is a stunning account of the reality of war at an age where there were no photographs or amateur videos. And it is a most welcome reminder that ‘greatness’ or ‘glory’ are dangerous and altogether meaningless categories, both for individuals and entire nations. In the Europe of the 21st century they sound hollow and empty, and it’s good to know that they already did for some enlightened Europeans a hundred and fifty years ago.