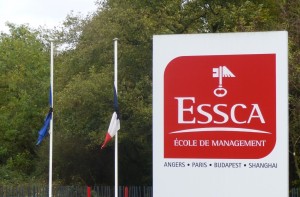 France and Europe at half-mast in front of the office.

Between the murderous attacks on Friday 13 and yesterday’s national remembrance ceremony, living in France felt like the PAUSE button had been pressed. Everybody keeps telling everybody else ‘il faut continuer à vivre!’, but this sounds like one of these resolutions that are to be implemented at a later stage, not now.

These rare moments in our hectic lives, where the pause button slows down everything and your perception of things seems sharpened by the omnipresent emotional strain, are also the moments where you realise just how much you have come to appreciate all the things that are suddenly missing.

I will therefore, unashamedly and very exceptionally, use this space that is in principle dedicated to ‘informed political analysis and academic debate’ for a pathetic declaration of love for this country that has always been kind to me.

Here are some of the things I have been missing over the last two weeks:

I was seriously afraid, over these ‘pause button’ weeks, that the French would stop the grumbling and the ranting and start smiling at each other instead in the street, that they would drop the punning and the grandstanding and start to lose their ridiculous conversation habits, that they would start getting down to the point in discussions and accepting a convincing argument without contradicting it. 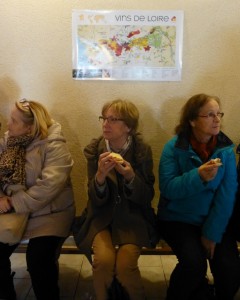 Fortunately, they have been endowed with some basic reflexes that even function when the pause button is pressed. Some days ago I went, as every year in November, to the ‘open cave day’ of the Domaine de l’Angélière, a well-hidden farm-cum-winery in the small valley of the Layon. True, there were a few people less than last year, but there were still several hundreds of faithfuls, not without ethnical diversity by the way, stubbornly sticking to routine and enjoying the delicious ploughman’s lunch that is traditionally offered there to accompany the tasting – ‘à discrétion’, of course. So we were sitting there on the wooden benches, not as lighthearted as usual, but obstinately munching the simple but incredibly tasty stuff that was offered: Anjou Villages 2014, crusty baguette, pâté de campagne, camembert and cornichons – it’s when I wanted to shout to the terrorists: you have no chance!