It is difficult not to be impressed by the remarkable breadth and multidisciplinary outreach of contemporary European Studies that was exposed at the UACES conference in Bilbao. Paper and panels were fed and underpinned by the political sciences, but also by economics, law, sociology and anthropology.

Yet the newspapers read during the return flight from Bilbao were a good reminder that in twenty years’ time (or less) European Studies might have become a preserve of historians. The latter will then analyse the reasons for the collapse of what will have been, all in all, a rather short parenthesis in our continent’s long history. Perhaps they will identify the summer of 2015 as the tipping point, from which on everything went surprisingly quickly.

Those who find this overly pessimistic should remind themselves that as late as spring 1989 not a single voice believed the Berlin Wall would come down any time soon. Let alone the reunification of Germany would occur. Let alone the collapse of the Soviet Empire.

I cannot remember any moment in my life as European citizen where the EEC, then EC, then the EU (not to mention the Eurozone) were not reported to be in a serious crisis. I have even repeatedly amused audiences with a very nostalgic and pessimistic quote from Le Monde about how European integration had completely lost its appeal, which actually did not refer to the present situation, but was written in 1958!

But I cannot remember either any moment over the last decades where as many indicators for a possible disintegration of the European community were converging like they seem to be doing in the second half of 2015. The concomitance of the Greek drama, the Ukrainian tragedy, the refugee crisis and the ongoing noise about a looming Brexit may well be too much for to handle for both our political leaders and their voters.

Especially the refugee question acts like a litmus test for the oft-invoked community of values. A test that is likely to reveal, in a rather painful manner, the absence of such a community. And from this observation it is only a small step to put into question the basic assumption of solidarity within what Churchill called ‘the European family’ in his famous speech of 1946.

It is no longer far-fetched to speculate on the funeral of the Schengen Agreement. Today I heard about the reintroduction of border controls between Germany and France, which I was (half) joking about only a few weeks earlier. I take the (small) risk of predicting that full sovereignty over the state’s border will be a major, hysterically discussed, issue in each national election campaign of the two years to come, including France and Germany.

It is no longer taboo to openly threaten others with financial consequences for their lack of solidarity. In other words, to play around with the idea of putting an end to redistributive policies. ‘Who needs structural funds?’ might become a recurrent question. ‘Just look at how they were used in Greece over decades!’, a convenient answer. And who needs a Common Agricultural Policy that even French farmers hate?

It is no longer implausible to see in David Cameron a sorcerer’s apprentice that will be completely overpowered by a wave of Europhobic discontent which he unleashed without need in the first place. And who can exclude today that a Brexit, however messy and unsatisfactory, would produce a domino effect? Not only in traditionally Eurosceptic places. Let’s face it: is it so absurd to anticipate that even German public opinion may turn massively Euro-sour, forcing whatever government it will elect in 2017 to commit to the repatriation of a maximum of competences (and money)? 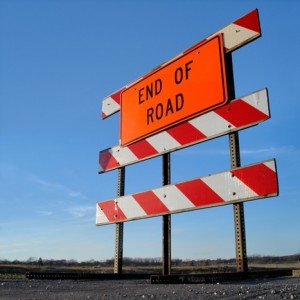 As they say in France: history does not pass around the dishes twice. It is perfectly possible that the EU historians of 2040 will have warm words for their object of study: ‘Was absolutely worth a try’, they might tell us, ‘it’s just that the times were not ripe yet for a supranational community of interests, let alone values’.