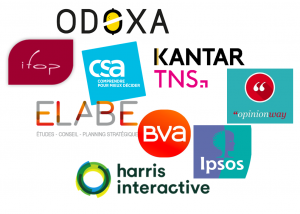 The French take delight in pointing out that they are World Champions in producing political opinion polls (only to shake their heads in disbelief and despair about their own addiction). While the claim to this honorary title may not be corroborated by empirical data, it confirms the impression of saturation that a politically interested individual living in this country is inevitably bound to have at one point. There are not many democracies where you have, in addition to mainstream radio and TV, four full-fledged nation-wide 24/7 news channels, all available on free TV in all households, and all guilty of the deadly sin of poll gluttony.

These days, the avid consumption of all kinds of percentages and rates, figures and trends churned out by large variety of professional survey providers who virtually sit on each other within the small world of the Parisian media-microcosm, has something even more paradoxical than before. For having failed to predict several political results in the past, the polls are viewed with increasing distrust by the public, while in fact they have become more reliable than ever. As Gaël Sliman, long-standing pollster and founder-president of the dynamic newcomer Odoxa, pointed out to me recently, the whole industry has made tremendous progress not only in terms of methodology, but also with regard to sampling: ‘The samples have become much more representative of the population ; not only is there a lot less lying or holding back on the side of respondents, but in addition online paneling reaches the previously hidden groups’. So how does he explain the bad reputation of the surveys and the pollsters behind them? For him, it’s all a question of expectations: 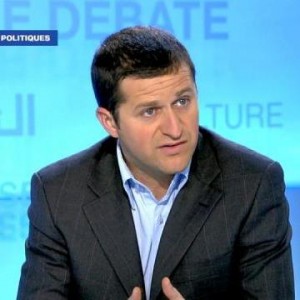 ‘The French are extraordinarily interested in politics, more than other European populations. And they have extremely high expectations towards all things political. Which necessarily produces excessive disappointment at one point. In an ever more fragmented and unstable political landscape, they want to consult the polls as forecasts. But polls have never predicted the future! And they do so even less today, since the volatility of people’s opinion has increased dramatically’.

He is probably right. Take the presidential election, always held in April/May. The period of crystallization of the vote used to be around early February, when the campaign dynamics started to be clearly visible. This was the case for Hollande in 2012, Sarkozy in 2007, and even Chirac in 2002. Some may argue that in 2002 no one had seen Le Pen coming, but that’s only partly true: one of the pollsters had informed Jospin’s campaign staff about the danger of a perceptible movement, only to be willingly ignored…)

This being said, the reliability/distrust paradox is only one of the French polling paradoxes. Another one is that precisely at the moment where all candidates exhort the public not to trust the polls – which will never be able to capture the mood and the swelling dynamics ‘on-the-ground’, like Fillon repeated over and over again during the primaries campaign, before getting completely out of touch himself with the ‘on-the-ground mood’ once convicted of flagrant nepotism – the survey results are likely to have more influence on the elections than ever.

This paradox is due to both the electoral system and the emergence of the extreme right. Traditionally, as the saying went, the French voted, in accordance with their political ideas, in favour of a candidate at the first round of the presidential election, before voting against the bigger evil in the second round. Today, if three quarters of the population wish to avoid ‘La Présidente’ Marine Le Pen, citizens cannot help but think ‘strategically’ and give their vote to the candidate best placed to be sure to beat her.

Gaël Sliman has doubts about this theory. He believes that polls are ‘just one parameter in the decision-making among many’, though they may have a ‘stronger impact on those who hesitate between two candidates and cannot make up their mind’. One way or another, even those who use the polls to orient their own choice are likely to end up disappointed by the ‘false predictions’ they interpreted into the figures despite better knowledge.

But disappointment on every level is in the genes of the Fifth Republic. The hopelessly binary, antagonistic election campaign induces candidates to engage in promises both they and their electorate know they will be unable to keep. But given the aura of excessive power and prestige of the President, both the candidates and the electorate push each other invariably towards gross exaggeration in both promises and expectations. Once the inebriation with grand schemes is over and hangover sets in, both are set for five years of coexistence between a naked king and, as Gaël Sliman puts it very nicely, ‘a people of frustrated regicides’ (a formula I would have loved to invent myself…).

And as soon as the frustration sets in – at the latest in the autumn of election year – the only thing that brings comfort is the steadily decreasing popularity rates in these damned, beloved polls!

This is post # 13 on the French 2017 election marathon.
All previous posts can be found here.