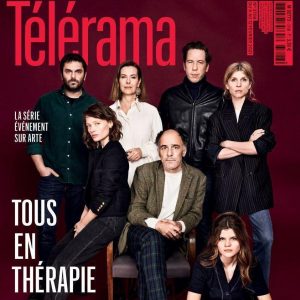 How fitting: this spring, ARTE, the brainy French-German TV channel, will broadcast a second season of ‘En thérapie’, the French version of ‘In Treatment’ (itself based on the Israeli TV hit “Be Tipul”). 35 new episodes of people on the psychiatrist’s couch, composing what Le Monde called ‘an immobile travel across French society in the wake of the 2015 terror attacks.’ The first season, broadcast in early 2021, had been a totally unexpected success, more than doubling the channel’s average audience.

The exact broadcasting slot is not yet communicated, but end of April would no doubt be the best timing. The election campaign France is likely to have over the next months will leave the entire nation ripe for an in-depth collective therapy, worn out by endlessly quoted hysterical tweets, tired of its own paradoxes, and no wiser than before in its painful post-election hangover. 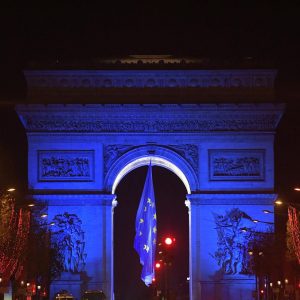 The first days of the new year have given a taste of what is to come. The polemic around the European flag under the Arc de Triomphe – meant to announce the French Presidency of the European Council, but threatening to ‘erase French identity’ according to the supposedly moderate conservative candidate Valérie Pécresse – has been a good teaser for the manner in which the presidential campaign will unfold. Ridiculous in its fake indignation and yet worrying in its real obsession with polarising at all costs.

Not to mention Emmanuel Macron’s carefully calculated “piss off”-interview with Le Parisien – which not only resulted in yet another predictable bashing of the President’s presumed contempt for ordinary people, while causing serious translation headaches for news correspondents across the continent, but also in over 230,000 new first jabs in one week, bringing the French vaccination rate to 92.2% of eligible individuals.

Two inflamed polemics in less than a week, and that’s while the President has not even declared his own candidacy yet. The Fifth Republic’s implacable logic of full confrontation and permanent rhetorical overbidding has set in and will continue to take speed over the next weeks, fuelled by a very peculiar media landscape.

French election campaigns are a painful experience for any observer who follows them with a minimum of empathy for this country. De Gaulle’s introduction of the direct election of the President, through a referendum in 1962 following the dissolution of a parliament refusing to be bulldozed, has held the Fifth Republic in a terrible stranglehold. What I wrote at the outset of the campaign five years ago is just as valid today: rather than refer to ‘path-dependency’, we should speak of ‘path imprisonment’.

France has always been a highly complicated society that is extremely difficult to understand from outside. Even the most scrupulous, well-intended observers rely on a good dose of stereotypical knowledge and seemingly revealing key words. But the relative stability of political behaviour patterns at the surface of the Republic cannot conceal the dramatic changes French society has undergone over the last decades. After having spent the past thirty years in this idiosyncratic sociocultural, linguistic and political environment, I wonder if it has not become increasingly difficult to decipher.

One more reason to accompany the weeks and months ahead with a modest attempt at addressing some of the issues that will dominate the unfolding election campaign. A lot of different topics deserve to be scrutinised,

Without any pretension to be able to explain everything, it’s a good moment to invite French politics to lie down on the couch again. 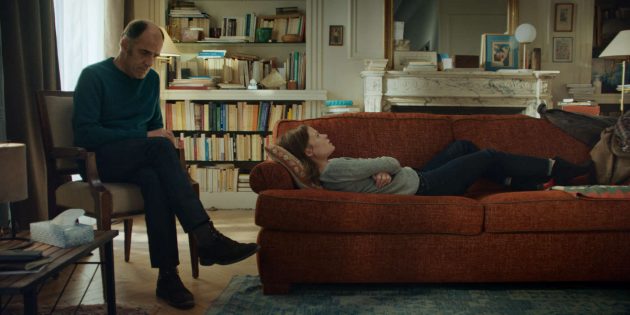