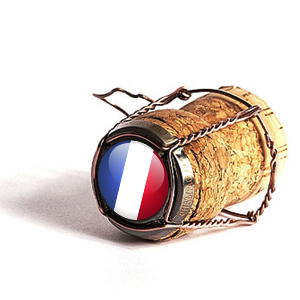 ‘Pschitt!’ is – at least in colloquial French – the disappointing sound of flat champagne, a deflating balloon, or a damp firecracker.

It is also a good description of the feeling that many French voters will inevitably have on Sunday evening in front of their television screen. With an unprecedented degree of uncertainty, with virtually millions of people who will take their last-minute decision in the silence of the voting booth, with pollsters that are helplessly hoping their curves will not have been too far from the final results, and with four frontrunners who find themselves – to refer once more to colloquial French – ‘within a handkerchief’, the big looming question is: who is going to ‘Pschitt’?

Will we really see the French electorate neatly sliced into five equal parts – roughly 20% for each of the leading candidates and 20% for the seven others – or will the temptation to sacrifice one’s own conviction on the altar of the ‘useful vote’ suddenly suck the air out of one the candidates’ balloon?

The most obvious nominees for a miserable ‘Pschitt!!’ are Jean-Luc Mélenchon and Emmanuel Macron. The former, whose poll ratings were pushed by his rhetoric skills and his successful hi-jacking of the true gospel of the Left, already underwent a similar deflation in 2012, when he was credited with a much bigger share of the votes than the 11% which he finally obtained. The latter might suffer on the finishing line from what made his strength and attractiveness in the first place: the desire to shove the left-right dichotomy in the dustbin of history. It could be too early to do so: no one can tell with certainty how strong the gold old partisan reflexes still are in face of the ballot paper on Sunday.

François Fillon already had his ‘Pschitt!!’ moments. The post-primary sparkling wine already opened for what looked like an unlosable election has turned into flat champagne in the wake of the scandals that have ruined his credibility for many. For him, the question is rather whether beyond his die-hard supporters, who seem to grant him a minimum of 18%, he has the potential to make some bubbles again. Difficult, though not impossible. As for Marine Le Pen, her aggressive nervousness and imprudence of recent days seems to suggest that after having led the polls for so long, she seriously starts to envisage the possibility that the promised bonfire may go damp by Sunday night.

Beyond the candidates’ fates, however, there is another, more intense and more depressing, ‘Pschitt!’ feeling.

If this campaign feels like a never-ending one, it’s because it actually was. For five long years, a good deal of media discourse has been entirely dedicated to who would run in 2017. Right from the first moments of François Hollande’s ill-fated presidency, virtually everything was interpreted with regard to his possible re-election. Every result of every intermediate vote – be it European, regional or municipal – was seen in the light of jockeying for position for the one election that really counts.

Never has the stranglehold in which the presidential election keeps French political life been as tight as over these last five years. This election ‘drives them all crazy’, as Daniel Cohn-Bendit once famously put it. He referred to politicians with oversized egos, but the ‘them’ necessarily also includes the entire Parisian media bubble, with its morbid fascination for narratives of ‘greatness’ and tales of ‘rise and fall’, its grateful drooling for any piece of verbal venom in the corridors of the palaces, and its lustful craving for every small sign of treason and disgrace.

Hollande almost seemed to take a masochistic pleasure in throwing them scandalous bits to chew, and he offered them a long-term narrative by linking, very early on, his own fate to employment and growth rates. Sarkozy fed them by preparing his great return in the shadows, positioning himself as the providential solution of last resort. All the while Juppé was surfing on his scores of popularity, basking in the delight of the man who knows that his time has finally come.

The billboards currently exposed in the streets of France give striking evidence to the vanity of all the speculations, rumours and conjectures. Among the eleven faces, there is no Hollande, no Sarkozy, no Juppé. If that’s not a ‘Pschitt!’ feeling, what is? 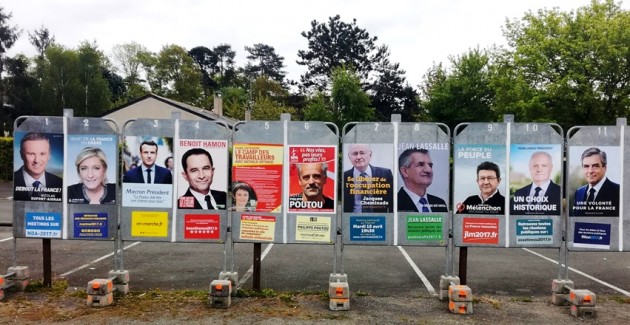 How often did we listen over these five years to a news programme on whatever TV or radio channel, wondering whether there were really no other, more pressing, issues than the 2017 presidential race? Will the next five years be any different?

Perhaps. If the rather radical reconfiguration of the political spectrum is confirmed on Sunday, it is not impossible that the sudden importance of the legislative elections brings about a re-education of the French political class. There were some unexpected signs of enlightenment in the aftershock the 2015 regional elections, and the effective implementation of the law against the ‘accumulation of mandates’ may indeed renew the France’s representative assemblies in an unprecedented scope.

Perhaps not. The system is remarkably resilient. It has shaped, through its engrained values and unwritten rules, the socialisation of political actors, the professional habitus of Parisian journalists, and the often unconscious expectations of voters, even among those who declare themselves definitely disillusioned with everything.

As much as I dislike this overused expression, 2017 is a ‘crossroads’ moment in French politics. It may be remembered as the moment when all the accumulated pressure of frustration with the system finally made the cork of change pop out of the Champagne bottle. The end of the ‘Pschitt!’ feeling? It would be almost too good to be true.

This is post # 18 on the French 2017 election marathon.
All previous posts can be found here.