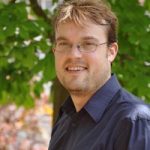 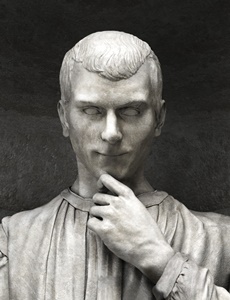 Yet again the European Union is sleepwalking into a diplomatic disaster. According to China’s interpretation of article 15 of its WTO accession protocol signed in December 2001, after 15 years (hence in one year’s time) it will automatically acquire market economy status (MES). For years this was the consensus view in Europe too. Not any more. For two reasons. Washington is starting to reject this interpretation in an electoral year in which being tough on China is popular, and China’s overcapacity (evidenced by the recent fall in steel prices) is starting to trigger a protectionist reaction in the Old Continent.

In this context many officials in Brussels and the national capitals are having second thoughts to the point that there is now a legal battle between those that think that China will obtain MES automatically, and those that believe that although paragraph 15(a)(ii) will expire, the rest of article 15 remains, which means that China will continue to have to prove that it is a market economy to avoid anti-dumping duties.

This matter could be seen as too legalistic and economically trivial. It affects only 2% of EU trade with China. The issue is important, however, for several reasons.

It shows that the EU is divided, even in trade relations, which are supposed to be competence of the European Commission. Italy – the country that launches the most anti-dumping investigations against China – is the only member state that has openly declared that China should not be given MES. The rest of the members are reluctant to position themselves. This lack of unity among the Europeans is a constant and highlights that the relationship between the EU and China remains asymmetric (as it has been for decades), but now it is in China’s favour, as we argue in a recent report written with other leading European think tanks.

Contrary to what is commonly assumed, China is not in the business of ‘divide and conquer’  in Europe. It does not need to. The Europeans are already divided. So much that I was told that officials at the European External Action Service (EEAS) are reading the late 15th Century and early 16th Century Discourses of Niccolò Machiavelli where he lamented that the Italian city-states were culturally and economically incredibly sophisticated but they were too small and divided to compete with the empires in-the-making (and nation-states in-formation) that were Spain, England and France at the time. This led him to write:

‘we [in Italy] have become prey of anybody who has wanted to overrun this land’ (Discourses, II.4).

The post-1945 EU is a bit like Florence, Milan and Venice after the Peace of Lodi in 1454. It has overcome pernicious parochialism and managed to become a regional quasi-state but ‘its members are distinct and each has its own capital; which makes it difficult for them to consult and to make decisions’ (ibid). This is a disadvantage in a globalised world where the great powers are no longer mid-sized European states, but rather continental-sized economies such as the US, China and India. This is the main reason why the Europeans do not know how to deal with the rise of China. On the one hand, they want to protect their national and sectorial interests, but on the other the Chinese market is too big, and therefore too attractive, to alienate China by not granting it MES.

Because of their divisions, the Europeans have played the MES card very badly. For years China has begged for this recognition and the EU could have used it as a political bargaining chip. Now it is too late. The Europeans are in a cul-de-sac. If the EU does not grant China MES in December 2016 after years saying that it will do so, they would be categorized in Beijing as hypocrites, with a possible diplomatic or economic backlash. Contrary, if the EU does finally grant China MES, it would fail Italy, important business associations such as AEGIS Europe and the European Chemical Industry Council, trade unions such as IndustriAll, a great part of European public opinion who does not believe that China is a market economy, as well as the US, an important ally which will not grant China MES anytime soon. Washington shows the advantages of a politically united, continental-sized economy. While in the treaty-constrained, legalistic EU, granting MES would require changing EU law (meaning the Commission, the Council and the Parliament need to approve it, a cumbersome process), in the US the executive branch has full discretion in this matter.

So what would Machiavelli suggest in this situation? Most likely, he would opt for a nuanced approach. First he would divide the problem in its legal, political and economic dimensions. On the legal side, the sensible thing to do is to grant China MES. In this way the Europeans would demonstrate that they respect international law, and what they have signed 15 years ago, even though now it might go against their interests. This can be done immediately in one year’s time. The alternative is to continue applying anti-dumping duties, wait for China to sue the EU before the WTO and then accept the resolution of the dispute settlement mechanism. The danger of Chinese retaliation is higher in the latter option so perhaps it is better to go for the former.

However, politically the EU needs to use this opportunity to show that it is united. Under international law China might have MES, but that does not make it a market economy. Thus, ideally, all three institutions: the European Commission, the Council and the Parliament should issue a joint ‘political’ statement declaring that although some progress has been done over the past 15 years, China is not a full market economy according to the five criteria used by EU. The evidence is very clear on this.

This show of unity would please the constituencies in the Old Continent that are more critical with China and surprise Washington and Beijing, which always think that the Europeans cannot get their act together. Consequently, it could turn the MES into a bargaining chip for the EU again, especially if finally the WTO decides that article 15 – even without paragraph 15(a)(ii) – continues to oblige Chinese firms to prove that they operate in a market economy. In any case, on the economic front, the EU should make clear that it will continue to use all the anti-dumping and anti-subsidy tools at its disposal, and even propose and apply innovative ones, to protect its industries while there is no level playing field with China.

This might provoke a protectionist reaction from Beijing. The risk exists. But with the threat of Chinese overcapacity only increasing, sending a clear message to China is no doubt what Machiavelli would do (if he was appointed counsellor to the EU). If China wants to deepen trade and investment relations with Europe under the One Belt and One Road (OBOR) initiative, and see more Chinese companies buy European ones and obtain public contracts, it needs to open up its market to European products and investments. Ultimately, it is a give-and-take.

50 years on, little hope for a new ping pong diplomacy | 25 years later, the multifaceted legacy of the Bosman ruling | Forty years of green | Breaking: The Truth about the EU! | EU-China: the origin and future path of the new doctrine |